The Man Eating Leopard of Rudraprayag is a book that accounts a particular adventure among many with the man eating animals. This book deals with a leopard which lived and petrified the region of Rudraprayag, a town in Uttarakhand in India. The location of Rudraprayag is of very importance as it is situated on the confluence of Alaknanda and Mandakini rivers.

It is also the way through which the travelers particularly pilgrims make their way to the Kedarnath a famous Hindu holy town at a distance of 86 kms. The man eating leopard terrorized this region for over 8 years before being hunted by Jim Corbett killing over 125 lives officially but the count could be higher unofficially.

He begins the book with an introduction of the leopard which petrified the region and his writings sure invoke the feeling of fear within the readers too. Jim introduces the leopard to us and then he begins to narrate the story of how he hunted the leopard. The superstitions that prevailed during Jim Corbett’s arrival and the thoughts about the leopard in the mind of the people must have left Jim in shock.

Corbett’s repeated attempts to curb the menace of the leopard and the smart moves of the leopard narrowly avoiding his death are a treat to the readers. The escape of the leopard smartly and the incidents that it caused the causalities in the quaint town really petrifies us and brings before us the real terror it had caused in the bygone days. 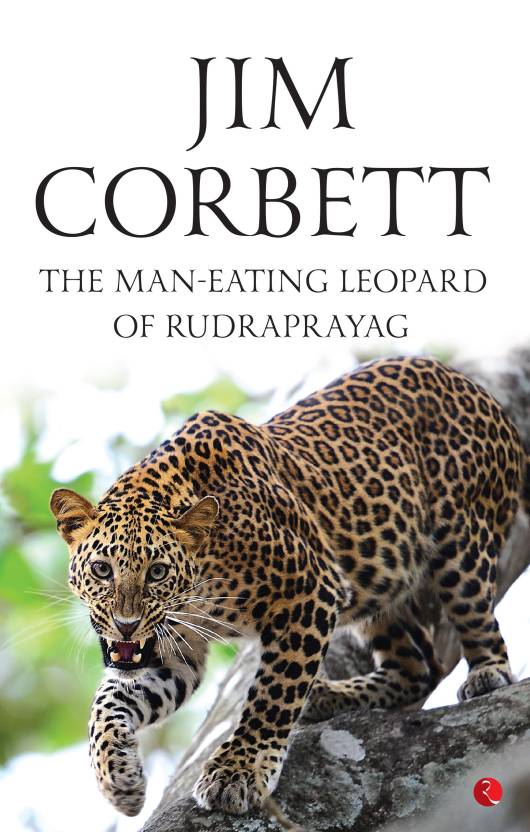 The repeated attempts, the frustrations leaving the town for a few months and the sudden sighting when he returns after deciding to leave the hunting of the leopard were sure interesting due to the intricate narrations in explaining the topography of the terrains and the hills. The description of the Gorkhas, the superstitions of that time and the love for his country and people, not blaming the animals for their natural cause make the author even more lovable.

It was very interesting to learn that an annual fair was being held every year in Rudraprayag commemorating the killing of the leopard. There was also a BBC Series named MANHUNTERS which featured a fictionalized representation of Jim Corbett’s Hunt.

Overall, the three books in this series written by Corbett is a must read for all nature lovers and readers who are interested in stories regarding wildlife in India.

Grab the book in Flipkart or Amazon.